Every Horse in London

Last January, to celebrate our 130th anniversary and the opening or our new Burton on Trent distribution centre, we commissioned a sculpture for the reception area.  The brief was to design and install an internal freestanding sculpture for the main reception area. Offering a fantastic opportunity for someone to design and create an original piece or work using F. H. Brundle products. The sculpture would be dedicated to the memory of Richard Brundle MBE who started working for the family business in 1956 and helped guide and grow the company into the modern era.

We received over 100 entries from professional sculptors, blacksmiths, students, artists and fabricators, both from the UK and overseas.  The suggestions were varied, ranging from modern pieces to traditional sculptures, this competition took us on an inspiring journey into our customers visions and previous achievements.

A shortlist was selected in April and the winner was announced in June.

A little about our winner – Emma Stothard

Emma has always enjoyed drawing the Holderness landscapes around her home and as a teenager connected with nature when she worked on local farms during school holidays and vacations from Southampton Solent University, where she studied for a BA Hons in Fine Art.

After graduating, she briefly moved to the Somerset Levels to learn the process of growing, coppicing, bundling and weaving willow.

She returned to Yorkshire to study for a PGCE at Bretton Hall, Wakefield, where she was surrounded by the inspiring work of Henry Moore and Elizabeth Frink in the grounds of what is now the Yorkshire Sculpture Park, and began making geese and small animals from woven willow.

After teaching in West Yorkshire, Emma moved to Whitby and took a teaching post at Whitby Community College. The college had a very successful and forward-thinking art department, which supported her development as a sculptor.

Her sculpture entitled “Every Horse in London” is a life-sized wire and metal installation of a working London horse being shod by a farrier. It is said that in the early years of F.H. Brundle’s trading history, before motor cars dominated the streets, that all horses on the roads of London were shod with horseshoes supplied by F.H. Brundle.

See how the sculpture was made

On a cold December morning, the sculpture was collected from Emma’s workshop in Whitby, and travelled across the Yorkshire Moors strapped to the back of one of our flat-bed lorries, turning many heads along the 150 miles journey to its permanent home in Burton-on-Trent. 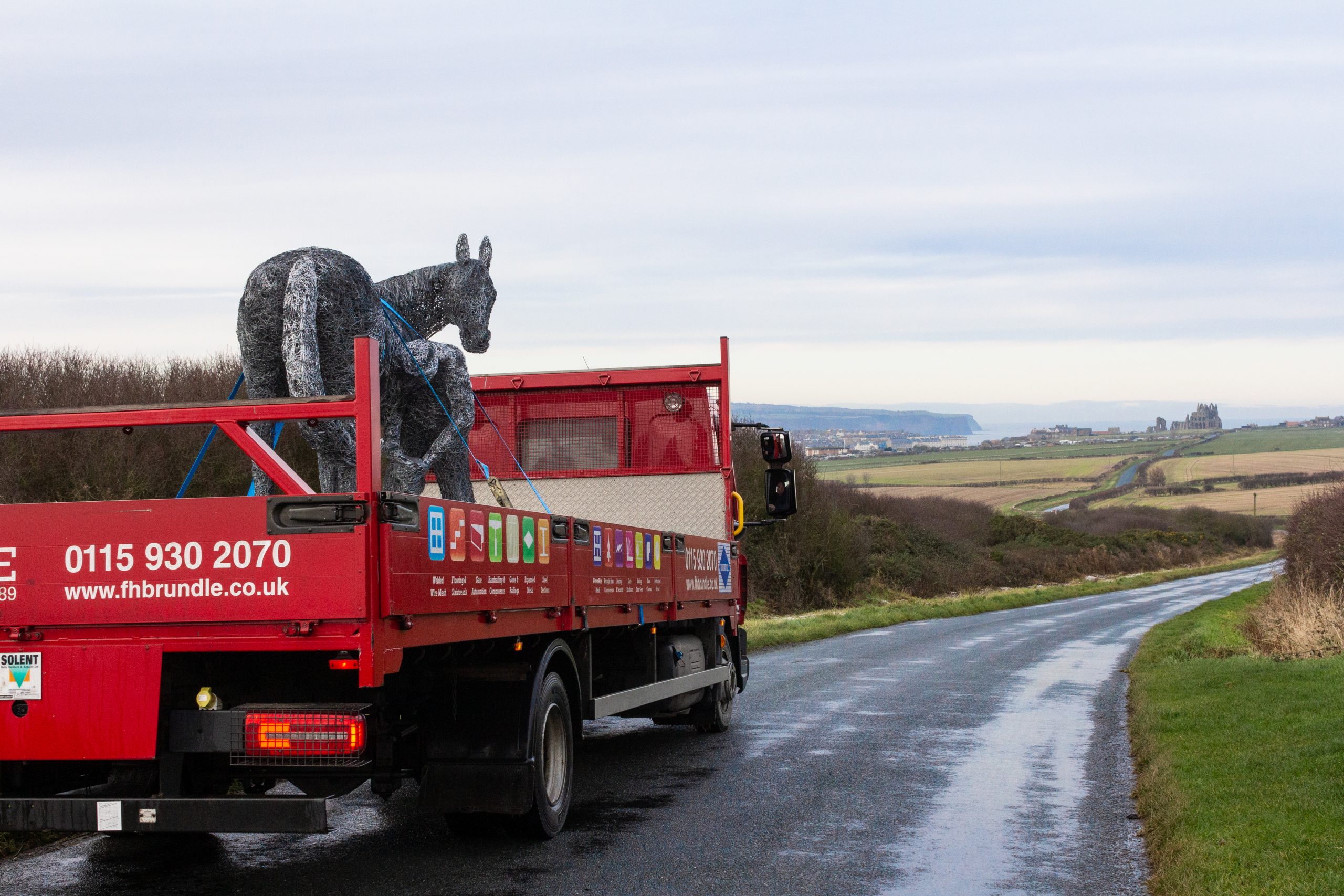 The installation took place on 30th January. Emma Stothard, Richard Twiddy & Mike Brundle were on site to officially install the sculpture. After many weeks of planning and several months in the making, a few and a few minor adjustments and some precise measuring was required before “Every Horse in London” was finally placed in its permanent position and will no doubt be turning more heads. 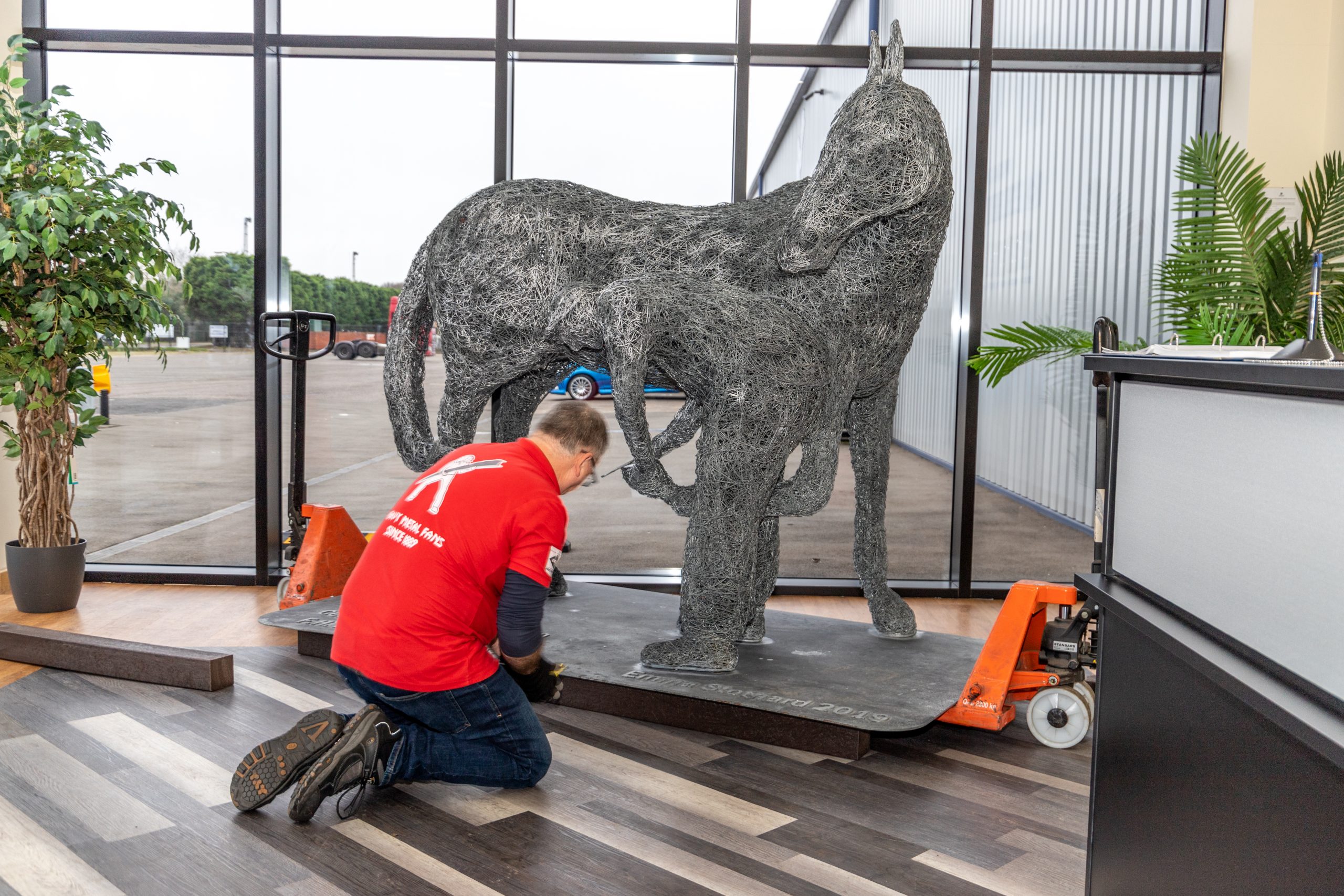 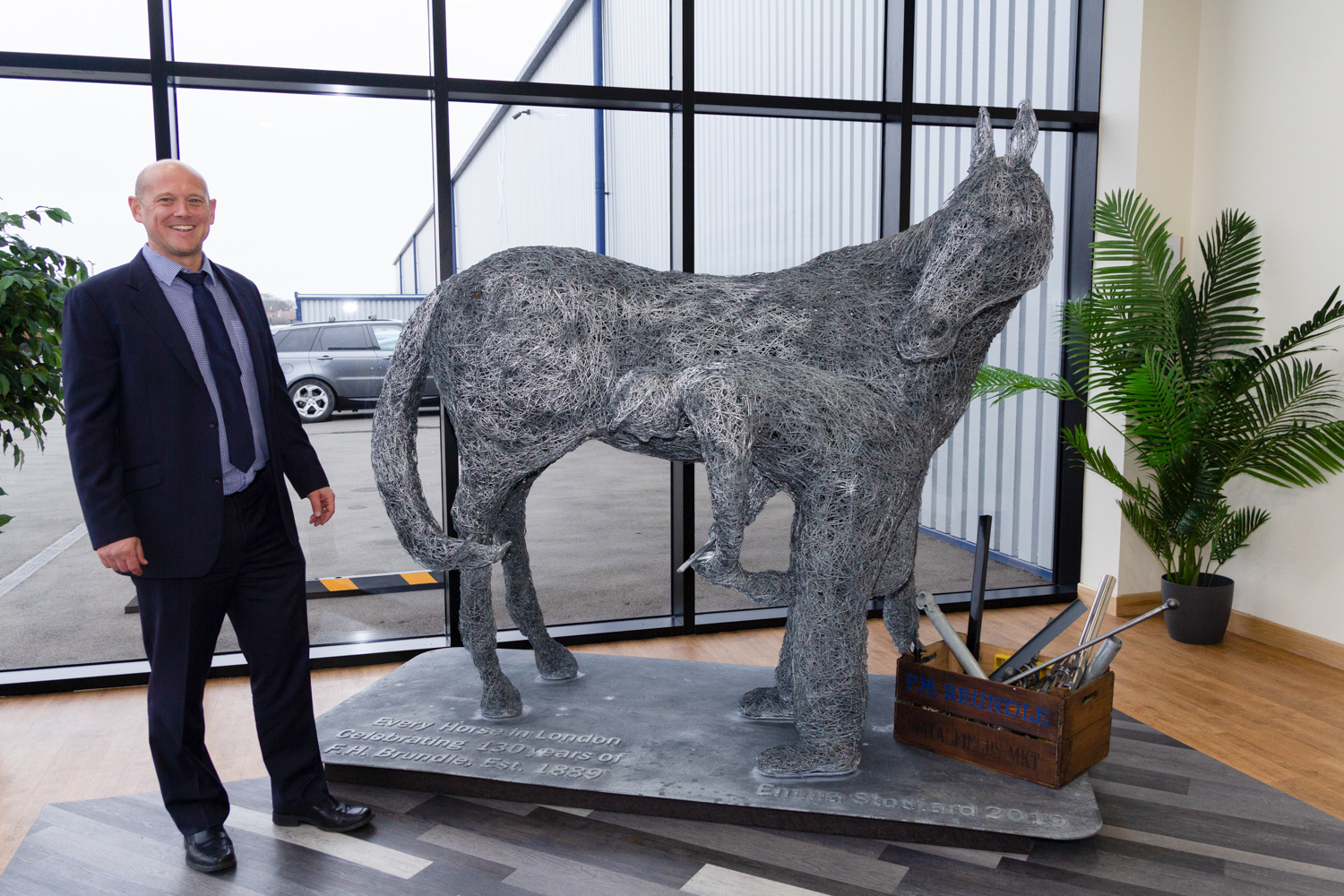 However, Emma had one more surprise for Mike and presented him with the original scaled prototype. This has now taken pride of place in Mike’s London office.